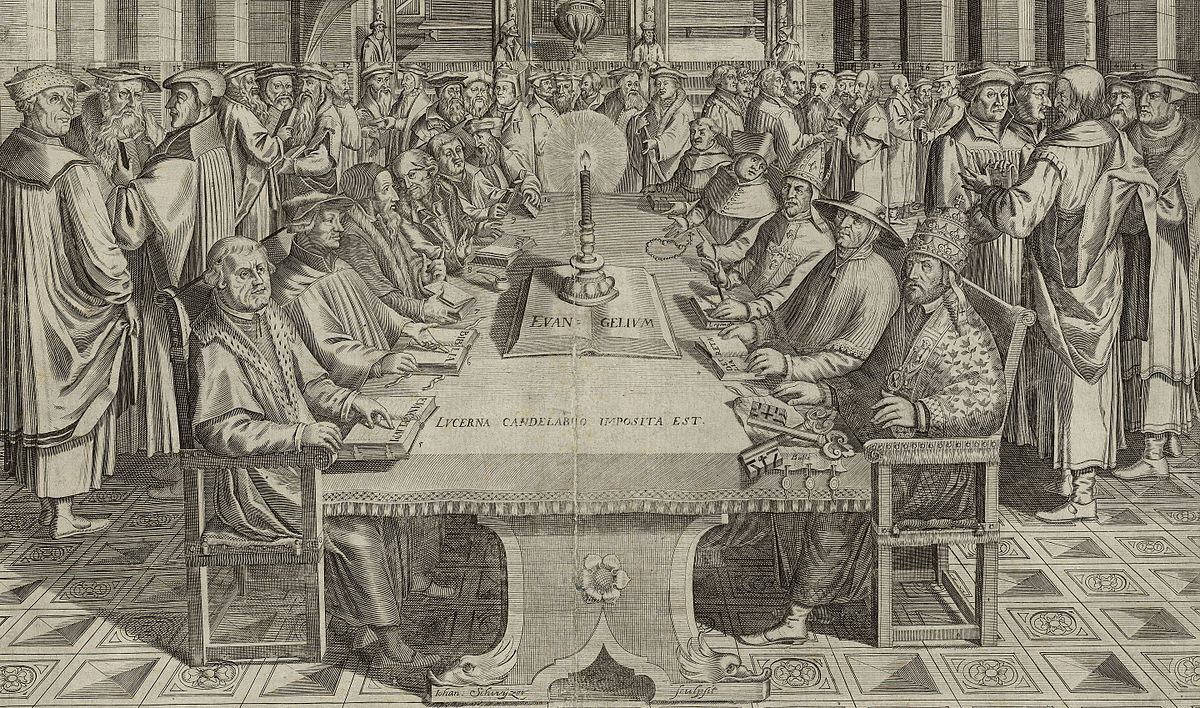 While much has been made of Luther’s posting of his Theses, it is probably best understood as a simple posting of topics of debate for clergy members. The door at the Castle church would have been akin to a community bulletin board in a library, post office, or town hall. This would have been a place that those passing by, visitors and colleagues would have been able to seen a notice quickly and efficiently. The act itself was common place in medieval Europe.

There is some discrepancy among historians as to whether Luther actually nailed, or pasted, the theses to the door on Oct. 31st or not. There is evidence of him mailing a letter to local bishops with his complaints and the theses on that day. However, the first mention of him nailing the theses on the door that day came from his friend and torchbearer, Phillip Melanchthon, who was not there as an eye witness. That being said tradition and many still consider the 31st the day of the posting.

Luther likely picked October 31th as the day likely because it was the day before All Saint’s Day (the day after Halloween).  During this time there would have likely been significant foot traffic through the town for All Hallow’s Eve and for the celebration of All Saint’s Day. This would have maximized, specifically those in the church, the reading of the theses.

It is also important to know that this was likely not a sort of showdown in the streets, Luther vs. the Church. The nailing of items on church doors was a common practice for churchmen to post items of discussion and debate amongst fellow churchmen. We might liken it to a posting with questions on Facebook amongst friends. Furthermore, Luther originally posted these in Latin. This was not the common tongue of the people, but of the learned and those of the church.

The controversy would have largely intensified due to his students acting without his consent. Upon reading his theses, they took it down and translated it to German and had it copied on new technology, the printing press. This allowed common people to read this and to discuss this amongst themselves and for it to be spread throughout the region. If we continued our analogy with Facebook, it would be akin to a friend who received your private post, then posting it publicly for all to see.