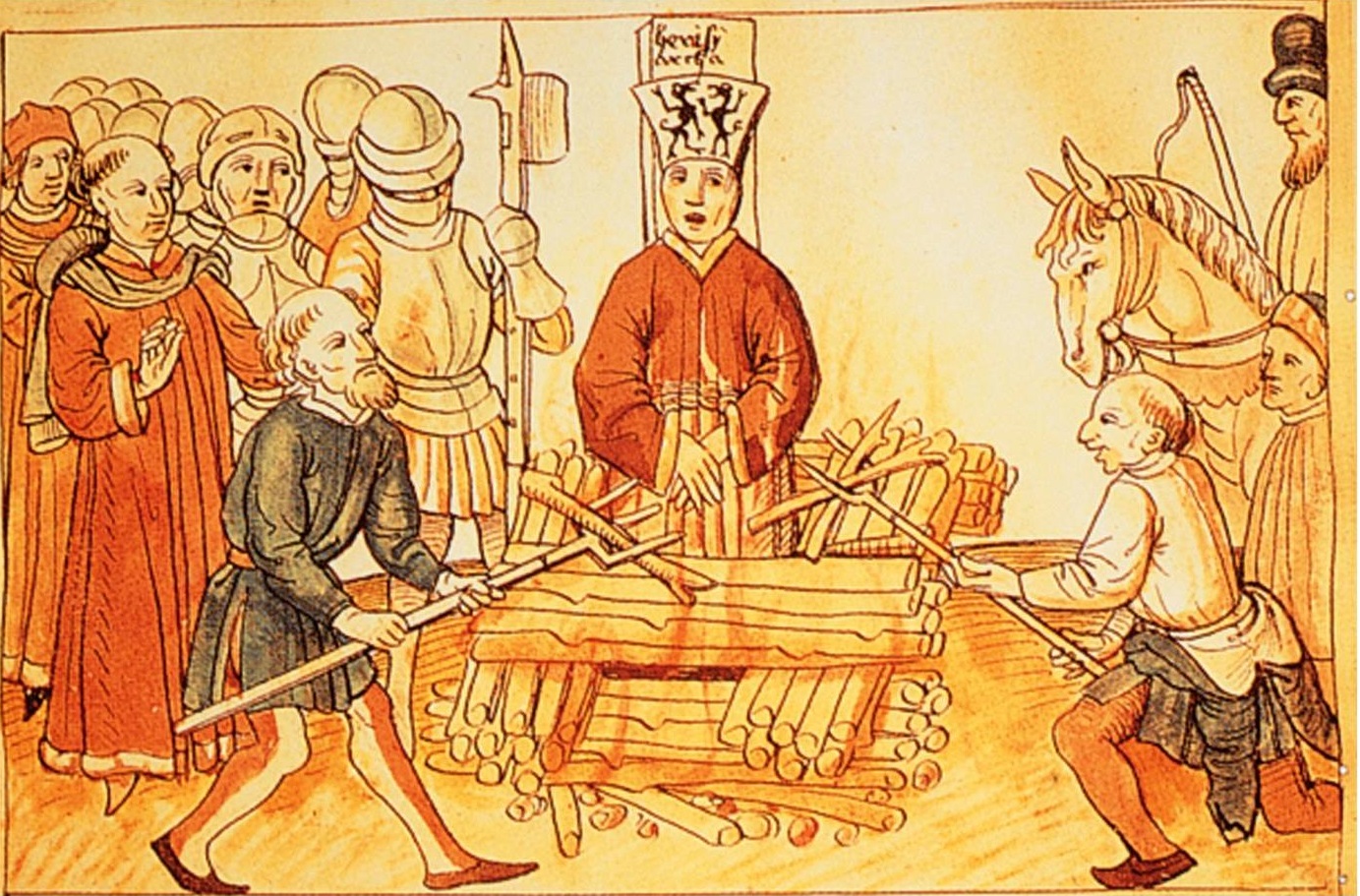 John Huss or Jan Hus was born in or around 1369 in southern Bohemia (now the Czech Republic) in a town named Husinec. As best that can be understood he took or had the last name of the town, just shortened to Hus. Actually, Hus translates to ‘Goose’ in Czech and will be relevant later. In order to avoid poverty Jan went into the ministry. He became a student in 1393, about ten years after the death of Wycliffe and about the same time as Anne’s death. As Anne’s court was returning to Bohemia many of Wycliffe’s teaching was coming with them. This on top of the work of the Cyril and Methodius in the same region made the late 14th and early 15th century in Bohemia ripe for reformation.

During his formative years in college, Hus was able to read much of Wycliffe’s work and was impactful. While he did not subscribe to all of Wycliffe’s work, such as no transubstantiation, there was much commonality. By 1402, Hus would become the Priest of Bethlehem Chapel in Prague, one of the largest churches in Europe, as well as the director of two colleges in connection with the Chapel. Unlike many churches of the time, across Europe, the preaching was done in the native language and not in Latin. Hus would continue to preach reform and, largely orthodox teachings from the pulpit, even when it ran against that of the Catholic Church.

A year after his appointment to Bethlehem Chapel, forty-five of the Wycliffe’s articles was condemned by the Germanic faculty at the university. Within a few years the Archbishop of Prague would call for an all-out condemnation of these articles by all those in Bohemia, both Germanic and Czech. However, Hus had been and continued to preach and advocate for these articles. With the help of both patriotic clergy and citizens and Good King Wenceslas (of the carol fame), the Czech reformers forced out the Germanic faculty and the held the Archbishop at bay for the time.

However, the archbishop appealed to the pope in Rome, who, in 1409, officially condemned Wycliffe’s teachings and by proxy Hus’s. While papal confusion and turmoil would buy Hus some time, he too would be excommunicated in 1411. While, this initially backfired and caused the archbishop to flee Prague, the larger church structure that was Rome could not be controlled as well. Both a desire on the part of the government to share in parts of the indulgences, which Hus was against, and the papal bull that prevented any in Prague from taking communion until Hus was gone, forced Hus to leave Prague and go into semi-exile.

Hus, however, continued to write and advocate for reform, which still had influence and sway in Prague. His continued influence in the area caused the Catholic church to convene the Council of Constance in 1414. The Holy Roman Emperor Sigismund, encouraged Hus to come, granting him safe travel. However, what ensued was more a kangaroo court than actual hearing. Hus was not provided with an opportunity to defend himself and in July of 1415 was found guilty of heresy. There was little Hus could do and to add to this condemnation, all offers of safe travel were rescinded on the basis that any promises previously did not have to be honored to heretics. Hus was then sentenced to burn at the stake and prior to this was allowed to recant. Instead of recanting Hus offered a short prayer reminiscent to one of Christ’s last sayings; “Lord Jesus, it is for thee that I patiently endure this cruel death. I pray to the to have mercy on my enemies.” Accounts from his execution  suggest that he died reciting the Psalms.

While death at the stake was cruel enough, those responsible for burning him then collected the ashes from the fire and dumped them into the lake. These actions only infuriated the Bohemian Czechs increasing the zeal for reformation.  A number of groups would eventually come out of this region and would stand for reform, including the Moravians.

Tradition says that before being lead to the funeral pyre Hus said, “They will roast a goose now, but after a one hundred years they will hear a san sing, and him they will endure.” (Keep in mind that Hus means goose.) Whether this was actually said or if this was the exact words or not is hard to say. However, this specific quote is one that Martin Luther, who came approximately 100 years after Hus used in his own writings. Upon reading Jan Hus’s work Luther was perplexed as to why such a great many was killed. Luther would go on to say that he, his mentor Johann von Staupitz, Augustine and even Paul were all Hussites (those that followed the teaching of Jan Hus).