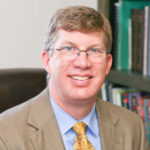 Rick Hensley graduated from Talbot School of Theology, out of Biola University, in December, 2000. He served two years as an Assistant Pastor with weekly preaching responsibilities and six years filling the role of Senior Pastor in the same church, before starting GTCC. Rick has served as Lead Pastor at GTCC since July, 2009. He is married to Kari, and they have been blessed with ten children. Rick has enjoyed several trips to Zambia, Africa, to teach theology at a Bible College he and others have been involved in building. He also has the privilege of teaching a class on Biblical Worldview at Wilmington University in Dover, DE. He has served as a Pastor/Teacher, even before starting GTCC, since January of 2001.